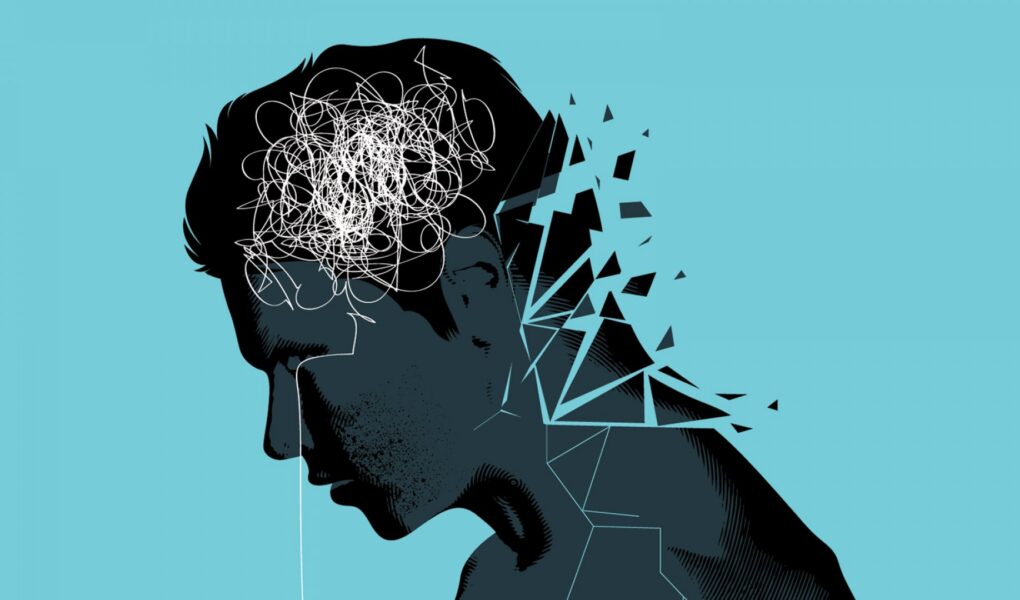 “Listen to your heart. It knows all things because it came from from the Soul of the planet and it’ll at some point return there.” -Paulo Coelho

When I was eighteen years old I took my parents bent dinner and shared that I wanted to require a niche year between high school and college.

Honestly, I wasn’t sure I wanted to travel to school in the least. Structure and institutions disinterested me, and that i felt confident my success and happiness were separate from a university degree.

I wanted to be a photojournalist. Maybe a writer, too. I mostly wanted to be a student on the planet, and my classroom wasn’t at a desk.
I left dinner that night feeling the warmth of my parents’ frustration. I also left having made the choice I might forgo a niche year and start college that fall.

Even though I had spent days assembling my plan, it took an hour for my parents’ disapproval to interrupt it because that they had more experience within the world than I did.

I trusted their reactions.

At age eighteen it had been hard to trust me, especially when what I envisioned was vastly different than what others advised. And to their credit, they only wanted what they perceived was best on behalf of me.

The day I made the choice to travel to school was a big moment in my life. Not because it drastically changed it for the higher, but because it set me on a course that greatly increased my anxiety over the subsequent several years.

When I reminisce now, almost three years after having completed my bachelor’s degree, it’s clear to me that at age eighteen I felt pulled toward a calling.

Anxiety Taught Me About Following My Heart
My heart beckoned me in one direction and societal pressure pulled me in another. Now that I even have the gifts of hindsight and maturity, I’m ready to reflect and understand that anxiety, though painful and uncomfortable, is usually a lover that arrives to signal that something is awry.

Two years after deciding to attend college my desires hadn’t changed. I felt torn between completing my schooling or throwing in the towel and traveling.

I had an older friend who lived in India and taught yoga. quite anything, she was sort of a spiritual mentor on behalf of me. She always encouraged me to steer with my heart and was the sole person at the time who genuinely understood mine got to travel.

One night she messaged me out of the blue. “Hey, you good sister? I feel you!”

I was blown away by her senses. “I’ve been really struggling over a choice. i would like to end this year of faculty then leave to travel. a part of me doesn’t desire I’m where I should be,” I told her.

As always, she was understanding and inspiring.

“I knew this was in your heart once I first met you and that we spoke of traveling,” she said.

Speaking together with her was like connecting on to my intuition. I told her I might finish my associate’s degree that falls then the upcoming January move to India where she was.

Maybe I’d even train as a yogi under her supervision, I thought. But still, within the back of my mind, I heard voices telling me my plans were unrealistic, irresponsible, and in some absurd way… embarrassing.

As though I used to be thus far removed that I couldn’t even recognize the impracticality of my very own dreams.

Not long then conversation, I used to be trying to sleep one night once I was engulfed by my thoughts and felt a way of hysteria that seemed inescapable. I messaged her and told her I used to be affected by a mental disorder.

“You aren’t affected by anxiety,” she reassured me.

“You are only allowing yourself to desire you’re your thoughts. But since we are breaking away our thoughts, we allow them to pass. We aren’t ready to become anxious as our wild is peace. you’ll ‘feel’ anxious love, but you’re not anxious!”

Her words were like water to my thirsty heart. I experienced anxiety before but not so intensely. It typically showed an additional subtle way, just like the kind that either increase or decrease counting on the quantity of caffeine I had that day.

Anxiety runs in my family and positively isn’t a stranger to me. But that night was one among the primary moments I felt victimized by it, and it wouldn’t be the last.

Just a couple of months later, on the primary day of the autumn semester, I found myself experiencing that very same level of hysteria.

It was a gorgeous autumn day. I used to be sitting against a tree on the school campus, bawling on the phone with my mom.

She suggested I see a faculty counselor, and that I agreed.

We met a couple of times every week for several months, and thru that have I redefined a tool I’d always had available to me: my breath.

It was a tool that helped me to endure future moments of hysteria, although they thankfully decreased over the subsequent several years.

That January I didn’t move to India like I said I might. I instead enrolled for the subsequent semester of school classes.

I don’t remember making a conscious decision to still attend school, I feel it just quite happened that way. I used to be already on a specific course and changing the plan altogether seemed daunting.

My voice began to merge with the voices around me. you’ll travel once you graduate, I told myself. And with only a few years left until I received my bachelor’s degree, it felt sort of a realistic goal.
Although graduating college felt sort of a goal I’d be checking off an inventory that others had written on my behalf me. Then, I could start pursuing my very own list of goals.

But graduation came over and that I was immediately swept into employment. it had been a short-lived one that lasted only six months, so it made sense to save lots of money then pursue what was in my heart.

When that job ended I did travel for a couple of weeks, on the other hand, I used to be back within the same place.

In my mind, travel had always encompassed such a lot quite a quick trip. I imagined it as more of a lifestyle – one where my career goals and desire for freedom and exploration didn’t need to exist break away from each other. I wanted that for myself.

But then I found myself in another job, then another one, although it wasn’t the working itself that was a problem. Being unemployed wasn’t an option on my behalf.

The problem was that I struggled to maneuver myself toward a path more in line with my genuine, intuitive desires.

I had spent much of my life walking the road that separated following my heart and doing what I felt I needed to try to to. I always remained on the opposite side of my heart, too fearful to step over the divide.

I’d experiment with the opposite side or spend time admiring it from a distance. But whenever I considered crossing it I’d think, I’m just getting to stay here for a touch, save money, then I’ll step over.

In my most up-to-date job, I finally realized I needed to maneuver a special direction. I worked for an excellent organization, and that I was making extra money than ever before.

But my anxiety was surfacing in troubling ways. I sometimes felt so anxious that I forgot what I used to be saying mid-sentence during a room of only two others. I had dreams that I used to be being chased by something as if the life I wasn’t pursuing was catching up to me.

I knew I’d leave eventually, but the results for leaving before later felt steep: debt that wasn’t getting paid anytime soon, disappointment from my coworkers, and most significantly a robust disapproval from people I loved.

I’ll stay here for 3 years, then I can wander, I told myself. That’s once I stopped.

Three years? To me, that was an eternity.

Time was slipping quickly from my hands, and that I was choosing over and once again to not invest my heart into the times, months, and years passing by.

I knew that if I waited for three years, I might wait for another three, then another, until my dreams eventually became distant thoughts.

At age twenty-four, once I caught myself having thoughts of quitting my job, I considered for the primary time to use medication for my anxiety.

But I remembered a crucial lesson I learned within the meditation course I took a couple of years before: I could live alongside anxiety without silencing it.

At that time, it had been so disruptive to my lifestyle that I wondered if it had been trying to speak something. I needed to concentrate thereto and find its root.

I spent the bulk of my time outside add a state of introspection, and that i journaled almost a day .

Journaling isn’t new me, but this point it felt more raw. i used to be honest about what I felt, albeit it had been uncomfortable – and trust me, it had been – to maneuver through the method of reflection and, especially, to require accountability for my very own actions.

It had been very easy responsible those around me for the trail i used to be on. And to be honest, i used to be during a excellent spot professionally, but it wasn’t my path.

The more I wrote and looked for the basis of my anxiety, the more i used to be ready to specialise in the word “my.” this is often my life, my path, my decisions, I thought.

The process wasn’t smooth. actually it had been quite messy.

I wrote an inventory of what made the foremost sense and therefore the answer was always clear: to remain in my job. there have been numerous benefits that came with staying.

If I left, I’d be choosing uncertainty over stability. But intuition isn’t easily conquered by logic. I couldn’t seem to flee the sensation – regardless of how little sense it made – that my path wasn’t the one i used to be standing on.

Recently, I made the ultimate decision to go away my job and pursue a life that’s more in line with my aspirations.

I want to explore and write, which are an equivalent two things that are a part of my psyche since a young age. I didn’t got to lose myself, attend school, or spend years trying to make a decision what I wanted.

The answer was always there, laid call at front of me long before I could know it .

Since making the choice , I feel less anxious. I’m not being chased in my dreams. I don’t wake during a panic while trying to nod off . I don’t lose my words while talking with others. 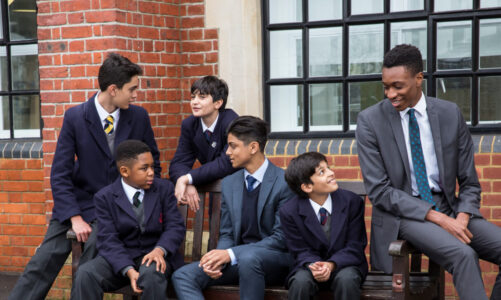 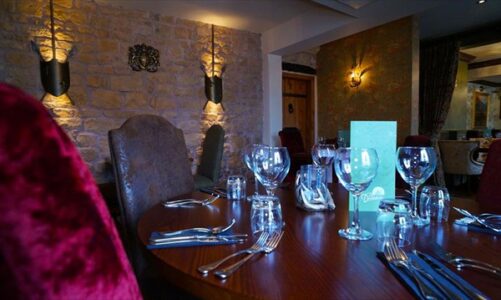 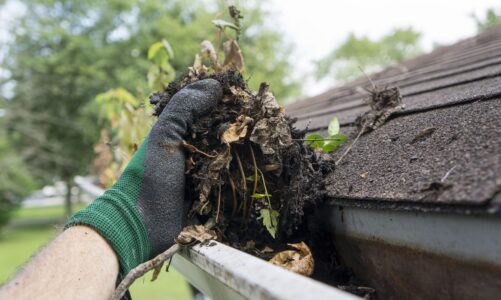